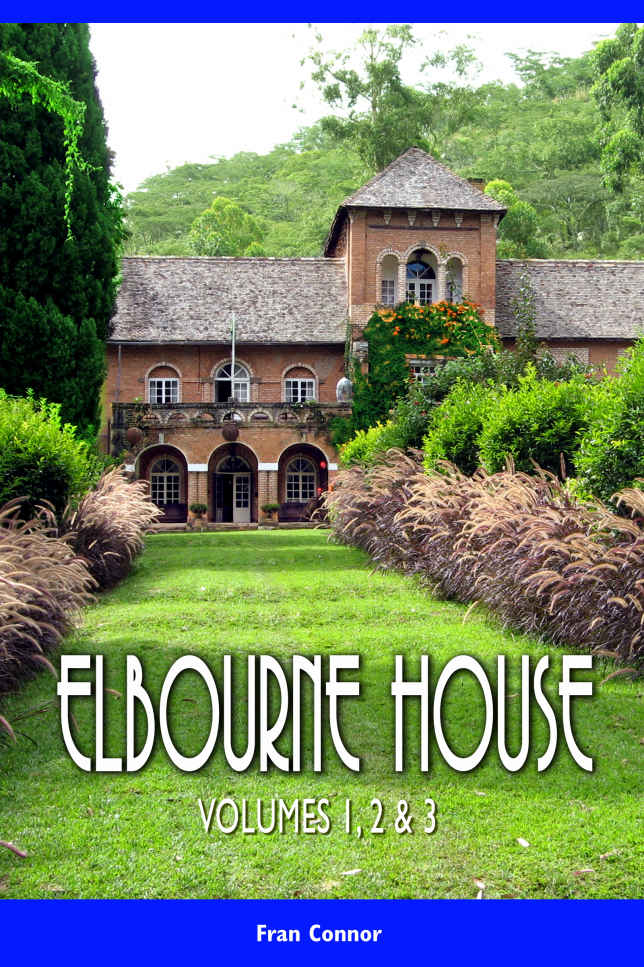 Retired pirate Daniel Carver successfully negotiates the purchase of Elbourne House. After surviving an attempt on his life by the hired guns of his nemesis Charles Withington, Daniel sets out to return Elbourne House and it's grounds to past splendor. Daniel's life is soon complicated by another dilemma. He must sort out his feelings between two women determined to win his affections. Caroline Baverstoke, a beautiful but cunning socialite betrothed to Withington, or Charlotte Abercrombie, the daughter of the previous owner of Elbourne House. Volume 2 details the tug of war these two women play with his heart, culminating in the unexpected result to a deadly showdown at dawn.

Volume 3 of Elbourne House finds Daniel and Charlotte Carver juggling a growing family, managing their stature as leaders in the community, and staying neutral in war torn England in the late 17th century. The story follows Daniel's attempts to provide for the members of his community and estate, as well as protecting himself and others from the corrupt and power hungry Withington. The plot takes readers through their encounters with highwaymen, soldiers, and even General Cornwall himself. Volume 3 finishes the tale of Daniel and Charlotte Carver, but begins a new tale with the journey of Edward Carver, Daniel and Charlotte's great great grandson who is getting ready to sail to America to join the fight in the War of Independence.